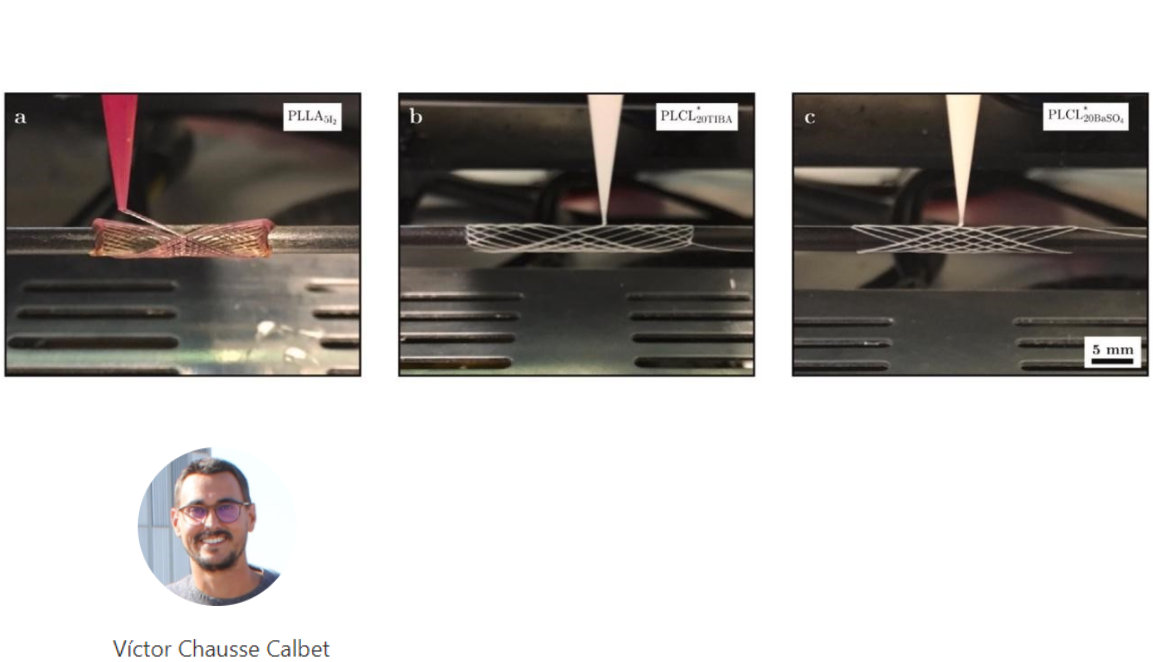 Solvent-cast direct-writing as a fabrication strategy for radiopaque stents

Solvent-cast direct-writing as a fabrication strategy for radiopaque stents

After a blood analysis, we usually ask our doctor about our cholesterol levels, because we know that high levels of cholesterol in blood are dangerous for our health. Nevertheless, do we really know why cholesterol is dangerous and what problems may it cause in the long term?

Cholesterol is a fat-like substance found in all the cells in our body, as it is necessary for certain metabolic processes. However, if you have too much cholesterol in your blood, it can combine with other substances in the blood to form plaque, which sticks to the arteries’ walls, in a process known as atherosclerosis. As coronary arteries, that is arteries that irrigate the heart, become narrow, plaque’s buildup may lead to coronary artery disease. In extreme cases, when blood flow is completely blocked, heart attack occurs.

In order to prevent this from happening, physicians implant a prosthesis known as stent, which compresses the atherosclerotic plaque and helps maintain the blood flow through the vessel. Stents are usually made of metals such as stainless steel or cobalt-chromium coated by a polymer with slow-release medication to help prevent blood clots from forming. Although current stents have a very high success ratio, a new generation of stents has been proposed – bioresorbable stents (BRS). BRS are designed to provide a transient support to the vessel allowing it to heal while the structure slowly degrades until completely resorbed. This way, potential problems due to the permanent presence of the stent in the long-term may be avoided. The majority of BRS are manufactured with polymers, being poly-L-lactic acid (PLLA) the most used in the field. However, in contrast to metallic stents, which are inherently visible under X- ray imaging, BRS lack radiopacity.

The work developed by CREB researchers presents a versatile 3D Printing fabrication strategy for radiopaque bioresorbable stents. Unique parts are usually costly and time consuming to produce, but when printers are combined with the 3D imaging techniques already being used by the health industry, this approach becomes viable regarding the potential benefits for the patient. The ink may be obtained by polymer melting, known as fused-deposition modeling, or by dissolving the polymer in a solvent and extruding it through pressure-assisted microsyringes, known as solvent-cast direct-writing (SC-DW). SC-DW broadens the range of possibilities regarding stent design and allows for modifications in order to render stents with supplementary features, such as radiopaque BRS.

In order to do so, they have developed a 3D printing system in which stents are printed onto a rotating cylinder. They have printed stents with varying geometries and tested them mechanically under compression and expansion tests. They have also analysed their biocompatibility, both in terms of blood (thrombogenicity) and with human umbilical vein endothelial cells (cytotoxicity). Expansion assays showed that stents withstood pressures of at least 16 atm and the indirect cytotoxicity test indicated that stents were biocompatible. Polymeric inks were further modified with the addition of 3 radiopaque agents, namely iodine, triiodobenzoic acid (TIBA) and barium sulfate (BaSO4) to render stents radiopaque. X-Ray imaging was used to assess stents’ radiopacity, showing that TIBA and BaSO4-containing stents presented high X-ray attenuation values and maintained their radiopacity after 3 months incubation time.

This preliminary study constitutes a promising starting point in regards of the SC-DW technique’s potential for BRS fabrication. The versatility of the approach allows for patient-specific customization in terms of material and printing design in order to achieve sufficient mechanical support with suitable degradation rate. Furthermore, stents with supplementary features may be obtained, such as radiopaque BRS. Future perspectives include the addition of antiproliferative drug into the stents and monitor its release, or surface functionalization with peptides in order to enhance endothelial cell adhesion.